I wanted a Jeep of some sort since riding in my high school buddy's old Willys pickup. I thought 4 gearshifts through the floor was the coolest thing ever! Pass many years, I decided "now" - so after some research, this 2006 TJ came home with me. Nobody in my family has ever owned a 4 wheel drive vehicle of any type, so this is an adventure!

I toyed briefly with the idea of trading off my beloved '85 Mercedes-Benz 300SD (which itself has too much crap on it) on a new Jeep, but although the new ones are "mostly" available without "most" of the above nonsense, they still are stuck with a thrice damned infotainment/touchscreen in the dash if for no other reason than our OverLords insist we have backup cameras because apparently Americans don't know how to back up safely. The new Jeeps also have a nuisance to defeat ESS (Electronic Start/Stop) system which is both hard on the equipment and doesn't make much sense here in Florida where the A/C has to run full blast for 6 months of the year. They're also much larger than a traditional Jeep, and never mind that they list for over $32K!

I toyed a bit longer with the idea of doing my own build-up from an old Willys or early CJ. I could have exactly what I want, nothing that I didn't, and it would have been fun. Probably too expensive, but fun. I finally decided that A) I'm just too old for major projects like that would have been, I don't have "the drive" for them that I once did, and B) This is Florida. A roof, real sides and windows, and most especially A/C is needed - much easier on a newer vehicle such as a YJ or TJ. Mechanical/structural safety features aren't a bad thing, although older vehicles can be retrofitted with things like roll bars and collapsible steering columns that are standard on this Jeep. Air bags I can take or leave, I don't see the point if one wears their seat belt. The only safety "technology" that would be nice would be ABS, which this particular Jeep doesn't have - but I don't consider that essential, and I'm given to understand that ABS can be detrimental off road. The TJ was the first Jeep with coil springs instead of the traditional leafs - and that's a good thing!

What I *do* consider essential is cruise control - which is really the ONLY "technology" I insist on having. Cheap and easy enough to add myself, and a side benefit of an aftermarket cruise control is that unlike the factory system that this Jeep doesn't have anway, the add-on puts the controls on a stalk or even on a dash panel if you like, NOT on the steering wheel! It took awhile, but I finally got the Cruise Control installed!

So what follows will be an increasing number of sub-pages, detailing various projects and repairs as this new journey continues! Comments are always welcomed, just go to my Contact Form, and select "Jeep" for the subject. 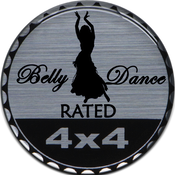 to return here. That's all folks!